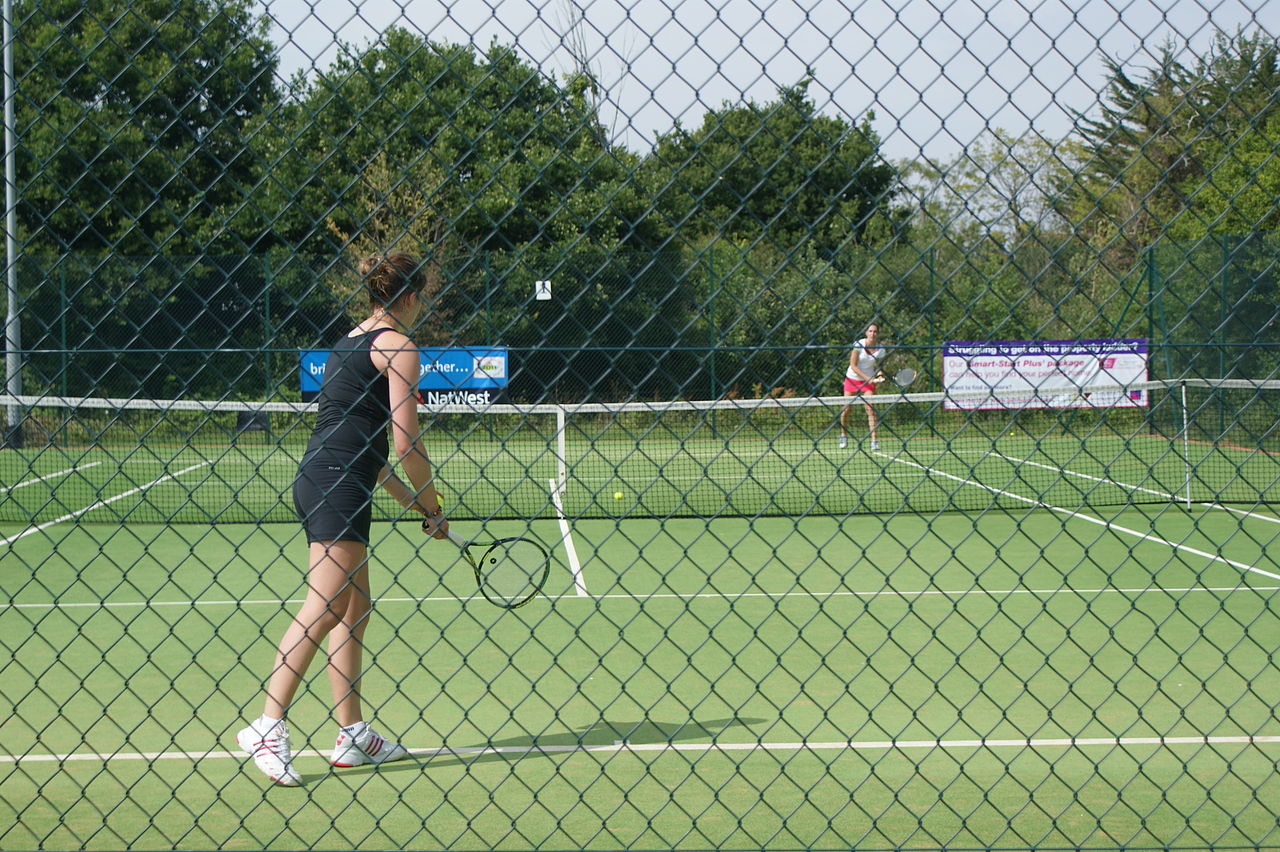 Perhaps this sounds familiar: You play social tennis with the rest of the club on a weekday night, the occasional weekend. You do drills once a fortnight. You’re okay at this game, you think. But when it comes to matches, you fall apart.

Certainly that describes my tennis life for years. It was fun so far as it went, but on the rare occasions I needed to win a match – when I got dragged in to represent my club, usually at short notice due to someone else pulling out – I found nerves got the better of me.

That’s one of the main reasons I decided to force myself out of my comfort zone, to sign up to Local Tennis Leagues and play competitive matches, but it wasn’t the only one. And as time has gone on, I’ve realised there are seven other good reasons to join too.

This was my biggest problem in “proper” matches. I’d start the match nervous, which led to me lose the first three or four games, and that only fed into the other player’s confidence.

It’s all very well serving out a doubles match on a social evening against players you know, but if all you can think about at 30-40 down is how your arm is wobbling, you’re never going to be the player you could be. Which leads directly to…

There are all sorts of theories about what’s the right mix of practice/drills/matches, and ultimately much will come down to how much time you have, but if all you’re doing is practising (hitting balls with friends, social doubles) and drills, or even playing the tournaments at your local club, then you’ll never know that feeling of hitting the winning ball into the corner when it really matters.

Playing matches that win you points on the leader board – perhaps qualification to a higher league – hones your thinking in a subtly different way. You become more tactical, you start to get a hint of what ex-pros mean when they talk about matchplay during commentary.

It took me five losses, twice against opponents I should have beaten with relative ease, before I registered my first win in the Local Tennis Leagues. It’s not because I’m a terrible player: it’s because I hadn’t learned how to win.

In particular I remember walking through the doors of the Bucks Indoor Centre and feeling so out of my comfort zone that I could barely hit a ball. I lost the first set of that first match, and whilst I clawed back to win the second, I lost the deciding tie break convincingly. (You normally play best of three sets, but we ran out of time.)

4. Give yourself freedom to play your shots

Drills are great. You get plenty of opportunities to hit your best shots with full force, with nothing on the line. Practice is fine so far as it goes, but you may find yourself holding back to “keep play going”, and either apologise to your partner when the ball crashes into the net or to your opponents when it rushes by them for a winner.

In the league, you’re playing for yourself, and you’re playing to win. If you miss, fine, but at least you played the shot (obviously, if you’re missing too much then it might be wise to pull back a tad!).

Chances are that you know all the players in your club quite well by now. You know their styles, their strengths, their weaknesses. You may even enjoy your games against them, on the probably rare occasions that you play one on one.

The trouble is, you’re not learning anything new. To stretch your game, you need to play against different people who pose new challenges. Perhaps they have a mean backhand slice. Maybe they’re a wall. Maybe they have an awesome serve. Maybe they’re someone who you love playing against, and decide to play socially the following month.

One thing’s for sure: it’s always a learning experience.

Just as playing different players enables you to learn, so does testing your mettle on unfamiliar surfaces. Since joining Local Tennis Leagues I’ve played on carpet, fake grass and a hard indoors court – a world away from the all-weather court of my local club.

Each suits a particular style of play, and learning how to adjust has been another enjoyable – well, not always enjoyable – challenge.

On a related note, it’s also a pleasure to visit different clubs and see their setups. Some are incredibly basic, but others are like a country club. All the tennis leagues are local, so you shouldn’t have too far to travel.

7. Test and challenge yourself

How good are you? You’ve probably pigeon-holed your own abilities by now, but there’s every chance that you’re a better player than you think. I’ve found that my serve is much better than I thought, winning plenty of free points, and able to hold up to pressure (although I’ve probably cursed myself by writing that).

Because I never played regularly, my ranking has been stuck at 10.2 forever. When I originally wrote this article, in fact, it still was, because I hadn’t yet reached the requisite four wins to go up a level. Now that I’ve won a few more games, I’m about to move up to a magnificent 10.1…

How to sign up and what does it cost?

It’s simplicity itself to sign up: head to https://localtennisleagues.com, select your area and then your closest league. The country is pretty well covered – although there’s nothing in Northern Ireland yet – so you should be able to find something within driving distance. Unless you live in the western Highlands, but then you have the ample consolation of living in the western Highlands.

Once you hand over your £18 entry fee, which you pay each round, you’ll be placed into a group of up to eight people of, hopefully, similar standard. In reality, the standard is likely to vary quite widely.

You get around two months to complete your matches, one against each player in your group, and it’s left up to you to arrange dates and locations. In general this works well, but don’t hesitate to call or text people (you’re given their phone numbers) if emails don’t elicit a response.

Other than that, there’s really only one thing to say: enjoy!