Where do you run when you hit a good cross-court shot? For most players, the answer is either a) I stick where I happen to be; b) I head to the middle of the baseline. The answer is actually dependent on your shot.

If you play a cross-court shot that pushes the other player into a corner, then there’s no point running back to the middle: you’re opening up far too much of the court. If you think about the natural angle of the shot they can play, by sitting in the middle of the baseline you’re handing them the advantage – they can hit a cross court back (the most natural shot) and put you in real trouble because you’ll have to run to fetch it.

Instead, you should stay inside the opposite half of the court. When, as is most likely, the cross-court return comes back, your opponent will still be in the corner and you have the opportunity to strike a down-the-line return early, hopefully winning the point outright. 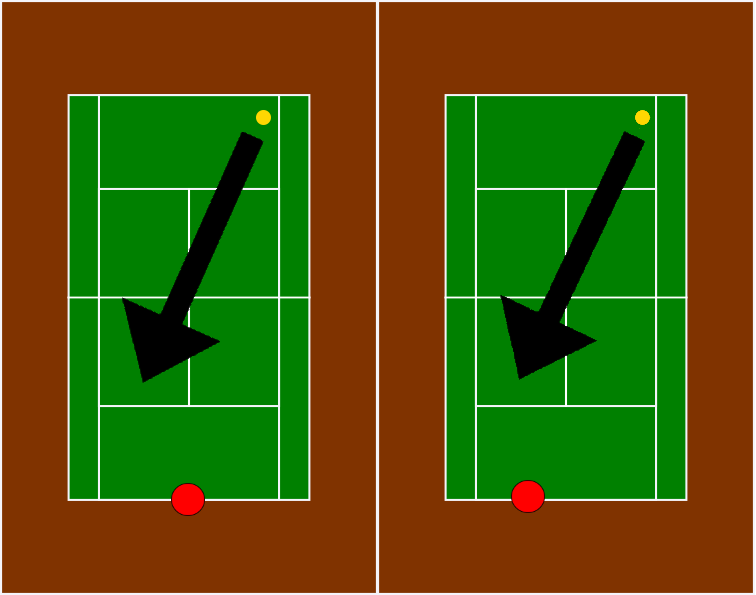 Of course, you leave yourself open to a down-the-line return, but that’s why the key phrase right at the start of this article was “good cross-court shot”. This means they won’t have time to create a delicious down-the-line return, and if they do decide to risk it then there’s a very good chance it will go wrong and you win the point anyway.

This tip was based on a session by Janko Tennis. Janko offers coaching in Prestwood, Chesham and Amersham, as well as a racket-stringing service.