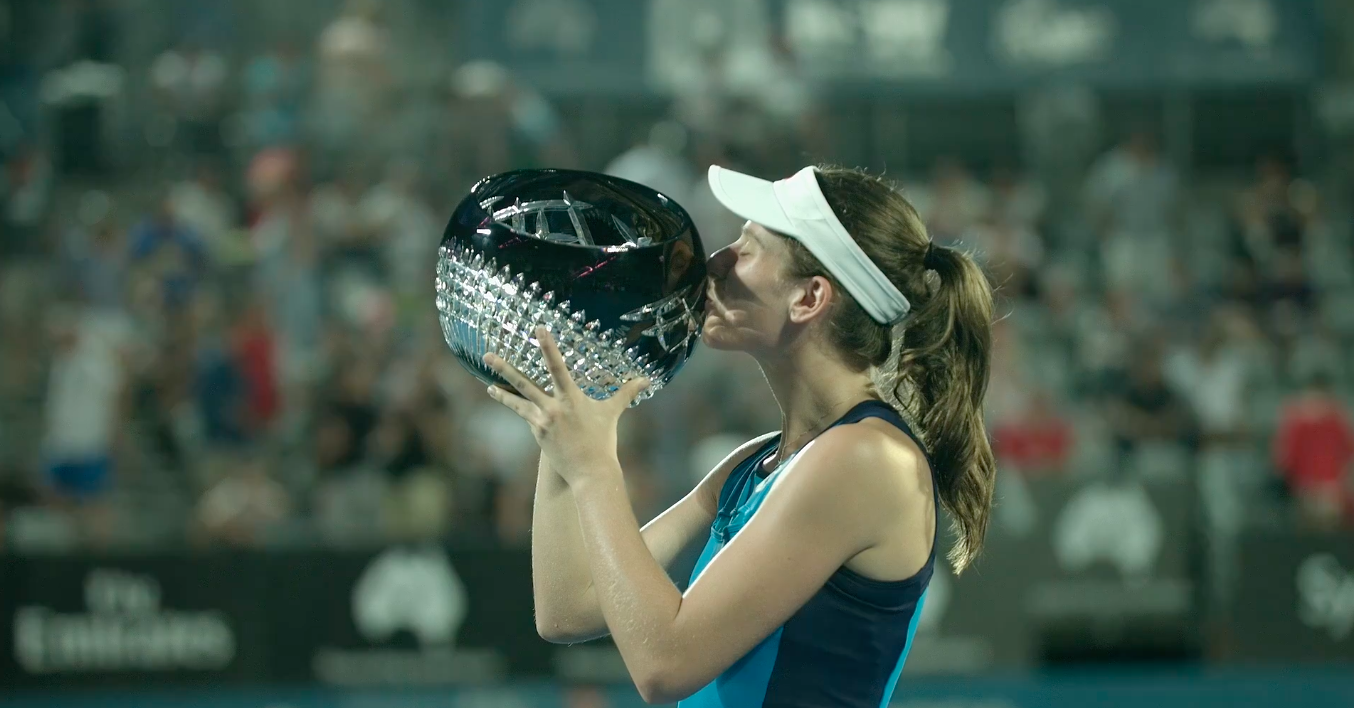 Wow. Watching Johanna Konta, a woman who only broke into the top 50 in late 2015, dismantle World No.3 Agnieszka Radwanska 6-4 6-2 in the Sydney Open this morning, “wow” was the only word to capture her performance.

Radwanska is famed for her defensive abilities, able to retrieve the most well struck and well placed of balls, so Konta’s 33 winners tell their own story. She had a game plan of playing controlled but aggressive tennis, and it worked. Konta only had to defend one break point over two sets, but broke Radwanksa three times.

Her performance could be summed up in the all-important final game. Yes, by then she had a double-break in her pocket, but Johanna still needed to serve out for victory. And those serves were amazing.

Each time (well, with one exception) they were placed hard, flat and accurately into the corners, winning two points with aces and forcing errors with the other two. Konta only made one mistake, choosing a delicate drop shot when she should have hit a trademark forehand drive, but otherwise it was near enough a perfect game.

Here at Tennis Talent, we’re keen to celebrate British success but also to translate those victories onto the court. So what is there to learn from Konta on this occasion? There are many choices, but here are our top three: