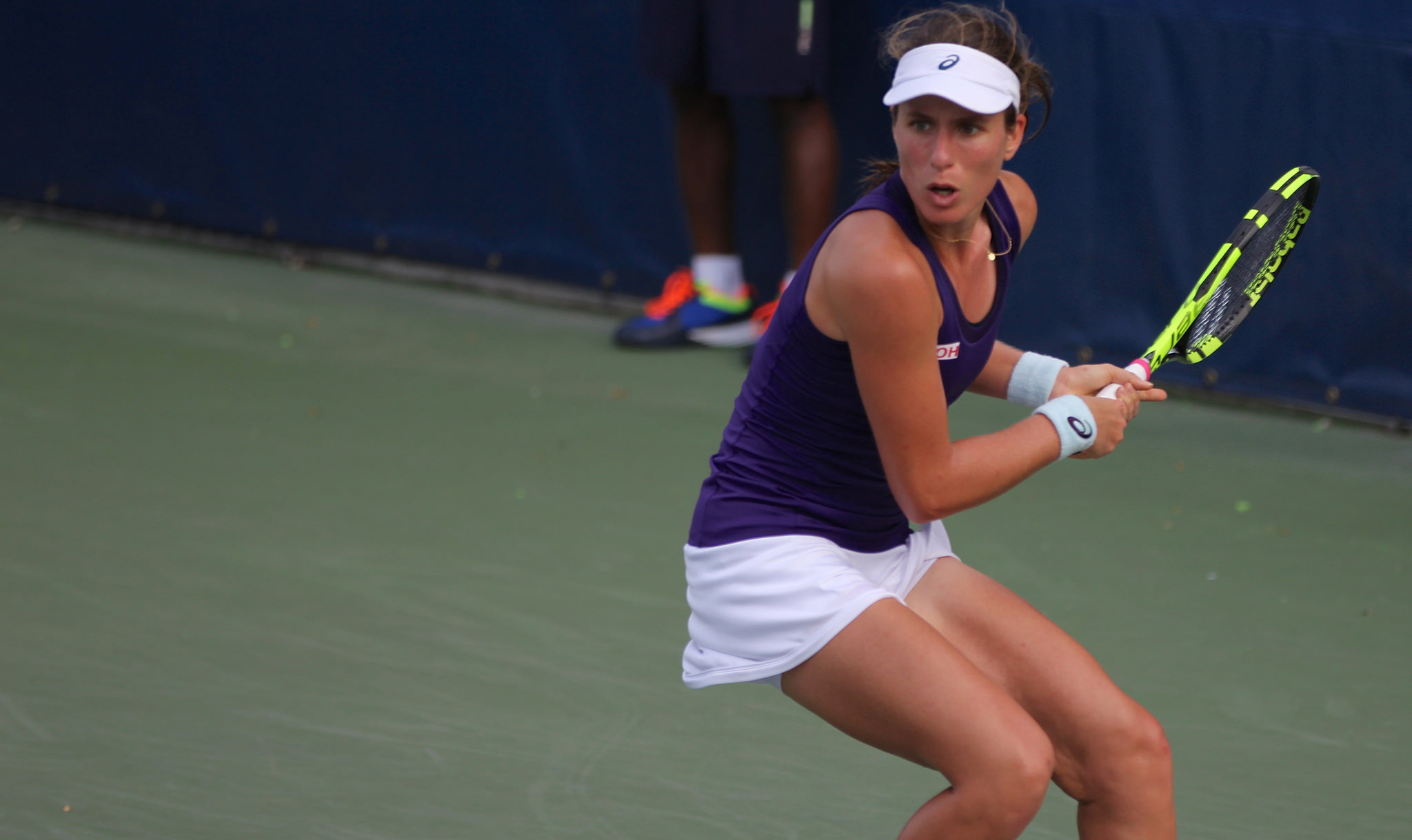 It was a topsy-turvy fourth day of the Australian Open: the tennis world collectively rubbed its eyes in disbelief as World No.2 Novak Djokovic fell foul of Uzbeki World No.117 Denis Istomin in five sets, while third seed Agnieszka Radwanska was beaten easily by veteran Mirjana Lucic-Baroni in straight sets.

It was also a day of ups and downs (unfortunately, more of the latter) for British tennis as Johanna Konta eased past 19-year-old Naomi Osaka 6-3 6-2, while Kyle Edmund and Heather Watson both lost their second round ties.

Konta is going from strength to strength, boosting Tennis Talent’s inkling that she could go all the way (in fact, 75% respondents to our poll think so too), and quickly took advantage when Osaka missed a chance to break.

It was the British No.1’s tenth win of 2017 and means she will go on to face the daunting challenge of a resurgent Caroline Wozniacki in the third round. “I love playing on these amazing courts and I’m looking forward to staying here as long as possible,” said Konta after the game.

However, other British hopefuls Heather Watson and Kyle Edmund had a tougher time of it. Despite comfortably taking the first set against American qualifier Jennifer Brady, Watson went on to lose 2-6 7-6 (7-3) 10-8 in a gruelling encounter – the final set alone lasted 86 minutes.

Similarly, Edmund was outclassed 6-2 6-4 6-2 by Spain’s Pablo Carreno Busta and couldn’t take advantage of the chances he had during the game. “My game is aggressive and most days I think I get the balance right, but today I didn’t,” he admitted.