Heaven knows there are enough video-based tennis courses on the internet. How to play a perfect backhand, how to master the slice serve, how to play like a pro. This course, officially called “Elevate Your Tennis Game: Learn from Champion Andre Agassi” takes a totally different approach: while it won’t elevate you to the same level as Mr Agassi it will give you a great insight into how a top professional approaches the game – and provide some helpful playing hints along the way.

Two things lift it above the commonplace course.

First are the sheer production values on show here. All the action takes place on a beautifully lit indoor tennis court, with top-quality audio to match. There are close-ups for when he’s trying to explain something intricate, such as the correct grip to use, and it zooms out when it makes sense to see a wider shot (such as a serve).

The second is Andre himself: how can you not listen to a man who won eight Grand Slams and was world number one for almost two years? Even if this course was an hour of watching him divulge tips whilst sitting on a sofa, it would be worth paying a few quid for.

What makes this course so interesting is that he’s giving you his personal insight into how he played tennis. There’s no ten-minute tutorial on “how to play a drop shot”. Instead, you’ll get a series of minute-long videos that explain when he liked to play drop shots, his favoured technique (and why he chose it), the drills he used to sharpen his skills. 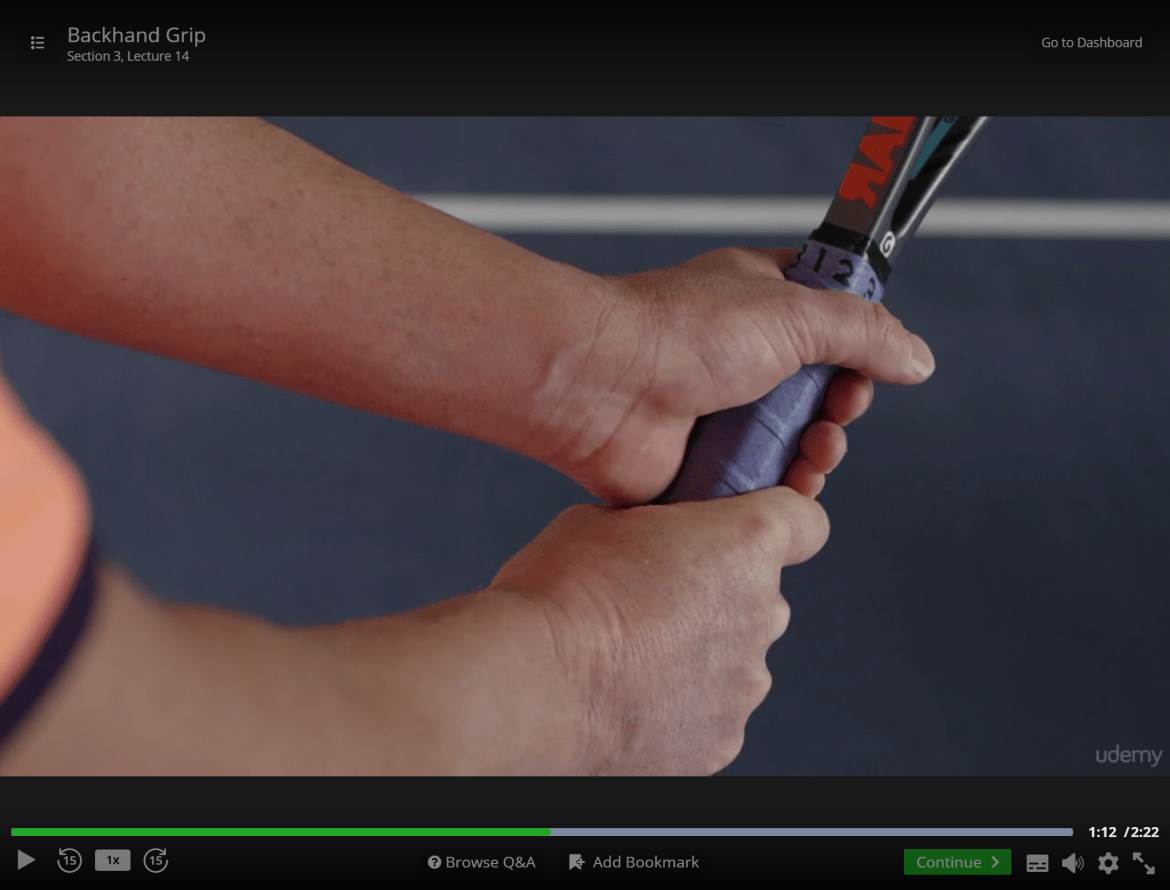 This unique mix of pro insight and tips threads throughout the course, with Andre devoting almost as much time to mental attitude as he does to the physical side of the game. This is one aspect of the course that means you’ll return to it again and again, because we all know how difficult it is to master our inner demons on the court.

Naturally, you do receive a lot of information on technique as well, and he covers every key shot: the serve, backhand, forehand, return of serve, drop shot, overhead and volley each have dedicated sections, typically with six or seven accompanying videos and a PDF at the end that lists some suggested drills.

It adds up to just over an hour of video, and it’s so easy to watch that you may find that you gulp it all down in one sitting. What I’ve done, though, is download the video to my phone so I can dip and out when I need to. Say if I’m going for a hit on the court and want to focus on my backhand – I might just remind myself what Andre has to say about the subject first.

I paid £15 for the course, and I certainly wouldn’t recommend paying any more than that. Udemy has sales on all the time, so while it nominally costs £100 you’ll typically find it for £10 or £15. At that price, it’s great value.

Want to get better at tennis? Then be prepared to lose