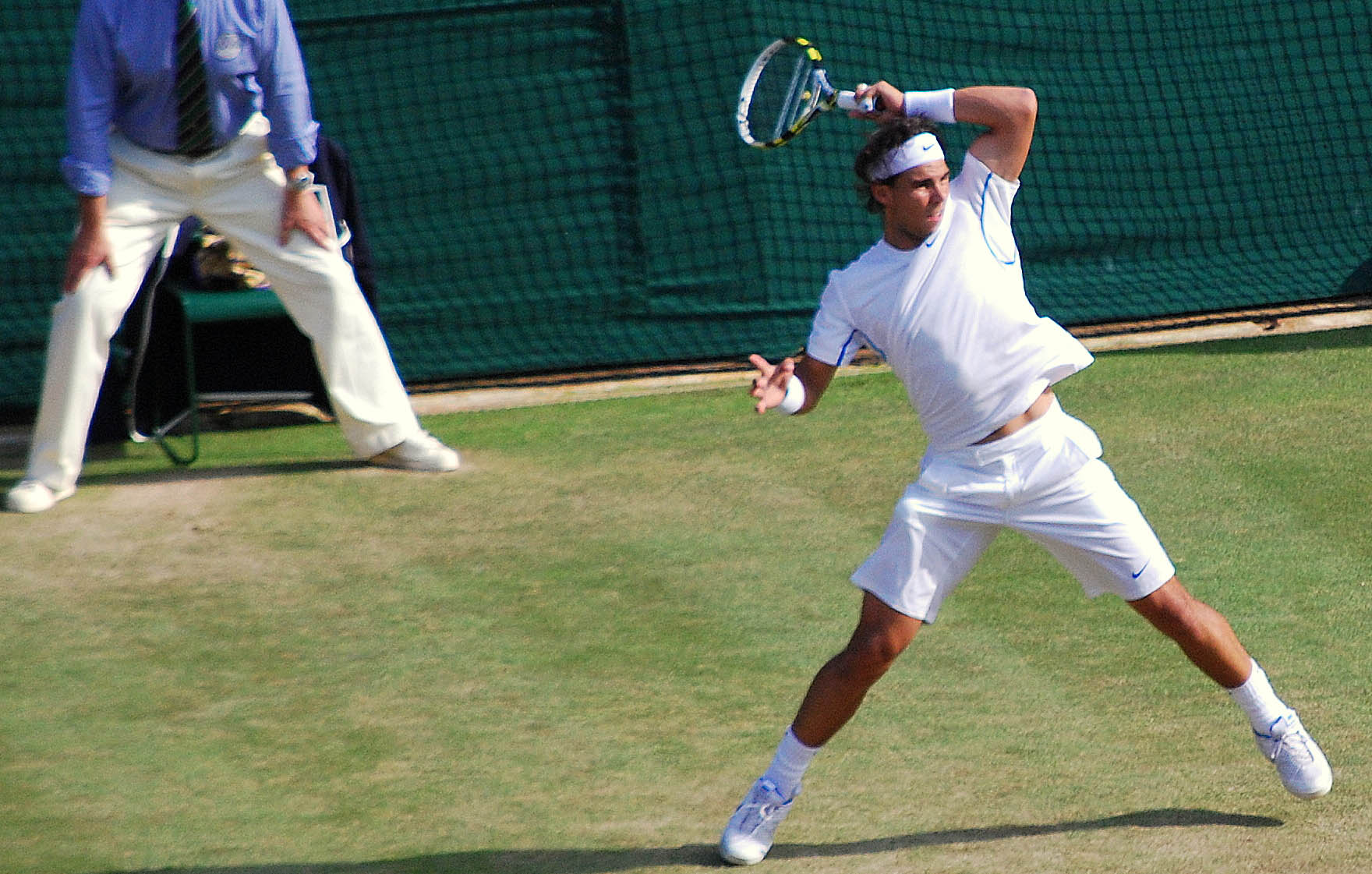 If you spend any time watching the cream of the tennis crop, you’ll be aware that certain players have developed signature moves, or “calling cards”, to gain an advantage over the opposition.

From Andy Murray’s pitch-perfect lob to Justine Henin’s finessed volley and Ernests Gulbis’ “soaring eagle” forehand, in our weekly signature moves series we’ll run through the characteristic shots of players past and present – and explain how to replicate them on court.

“Unreal”, “incredible”, “majestic” – the list of adjectives applied to Rafael Nadal’s signature forehand is lengthy. The down-the-line “banana shot” may sound relatively simple, namely curve the ball around your opponent, but it’s incredibly difficult to get right. Here’s the king of sidespin in action:

Let’s take the first clip, against Croatian Mario Ančić, as an example. After a powerful forehand from Ančić, the left-handed Nadal strikes the ball while still running along the baseline. He hits through the ball from right to left, causing it to curve dramatically out over the tramline and back into the court.

As a winner, the shot isn’t particularly fast at 80mph, but doesn’t need to be – there’s nothing Ančić can do.

Rafael Nadal’s deceptively simple technique is the result of thousands of hours of practice, but that doesn’t mean you can’t give it a go.

For a right-handed banana shot down the line, try to hit across the ball from 7 o’clock to around 3 o’clock, or 4 o’clock to 9 o’clock if you’re left-handed. This should give you the right amount of sidespin, without adding any unwanted topspin.

It should be a brushing motion rather than a loud, full-strength contact – the power of your opponent’s shot should take it over the net. However, if the ball does need some extra momentum, try taking a couple of steps forward to add more oomph.

However, be aware that, if you don’t quite get the right amount of sidespin, your opponent will be looking to volley across the court and catch you off-guard. Consequently, you should get back into position as quickly as possible.