There are mobile apps for just about everything nowadays, from keeping in touch with your friends via Facebook Messenger and WhatsApp to looking for love and finding the best Indian restaurant in Slough (currently Panjab Restaurant, if you’re wondering).

Naturally, that means there’s also a host of useful tools, organisers and games catering to tennis fans and players. Consequently, we’ve sifted through the App Store and Google Play store to pick out the apps that will keep you updated with the latest scores, improve your game or simply while away the hours. 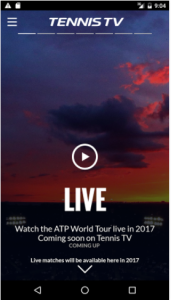 If you can’t make it through a day without watching ATP tennis, this is the app for you. Tennis TV allows you to absorb up to 64 tournaments a year, providing live streams of over 2,000 singles and doubles matches. Phew. It covers all of the ATP World Tour Masters 1000 and 500 tournaments, as well as the ATP Finals in London’s 02 Arena.

Sound too good to be true? Well, keep in mind that you can’t stream the Grand Slams through the app and, although there is a smattering of free content available, you’ll have to pick up a subscription to watch live matches (you can start nerding out from just £9.99), which is fair enough really. 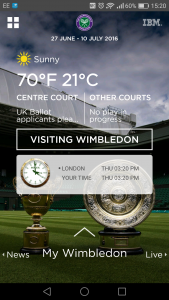 “Hang on a minute”, I hear you splutter. “What’s the point of downloading an app that’ll only be useful for a couple of weeks per year?” It would be a good point – if the Wimbledon app wasn’t jam-packed with enough information to keep even the most strawberries and cream-obsessed fan busy for the whole year.

Obviously, with the championships just on the horizon, now is the perfect time to download. When you do, you’ll be greeted by a screen asking if you’re attending this year’s tournament (somewhat rubbing it in, if you’re not). If you answer in the negative, you can go on to select the players, events and countries you’re most interested in following (for example, Andy Murray, men’s singles, United Kingdom) and the app will give you live updates once play starts. To keep you occupied in the meantime, there’s a vast archive to peruse, as well as the latest tennis news.

If you’re lucky enough to be heading to SW19 in the summer, you can meticulously plan your experience to make sure you get the best chance of seeing what (or who) you want to see. 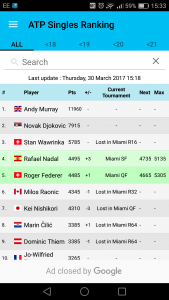 Hmm, I wonder what the Live Tennis Rankings (LTR) does? It may seem very simple on the surface, but LTR is an excellent and easy-to-use way of keeping on top of the latest movements amongst world’s top 800 female and male players. It also shows the players’ latest results, as well as their next tournament, building an overall picture of their form. 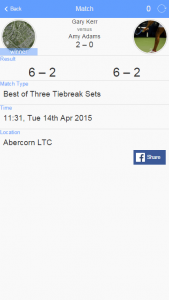 We’ve raved about Tweener before – and rightly so. Unlike the other entries in this list, the focus is firmly on your competitive game, on setting up matches with local players and entering mini-leagues. After downloading the app and setting up a profile, you can connect with other signed-up players to create your own box league.

All of the games you organise will be at an LTA Grade 6 level, making it an ideal choice for beginners or people just wanting to have fun. There’s also the handy ability to track your progress using graphs (always a bonus), message other players in-app and set targets for yourself. 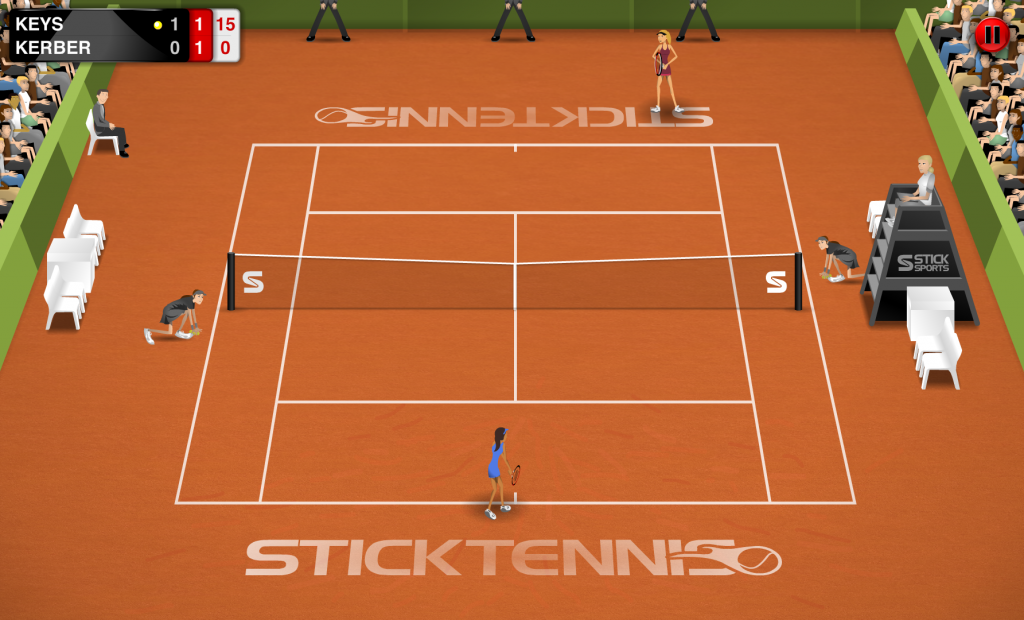 Struggling to fill your tedious commute and are desperately in need of a decent time-waster? Never fear, Stick Tennis is here to fulfil your childhood dream of winning all of the Grand Slams using just your thumbs.

Yes, it may not be the most realistic looking tennis game out there, but it’s both charmingly cartoony and very intuitive, with a delicate swipe of the thumb replicating a powerful forehand, backhand or serve. It’s also surprisingly expansive: you can take part in both the ladies and men’s tournaments at all four Slams (starting as comparatively low-ranking players to begin with and gradually unlocking the greats as you improve). Impressively, the bounce and speed of the ball change with every surface – a neat little touch. 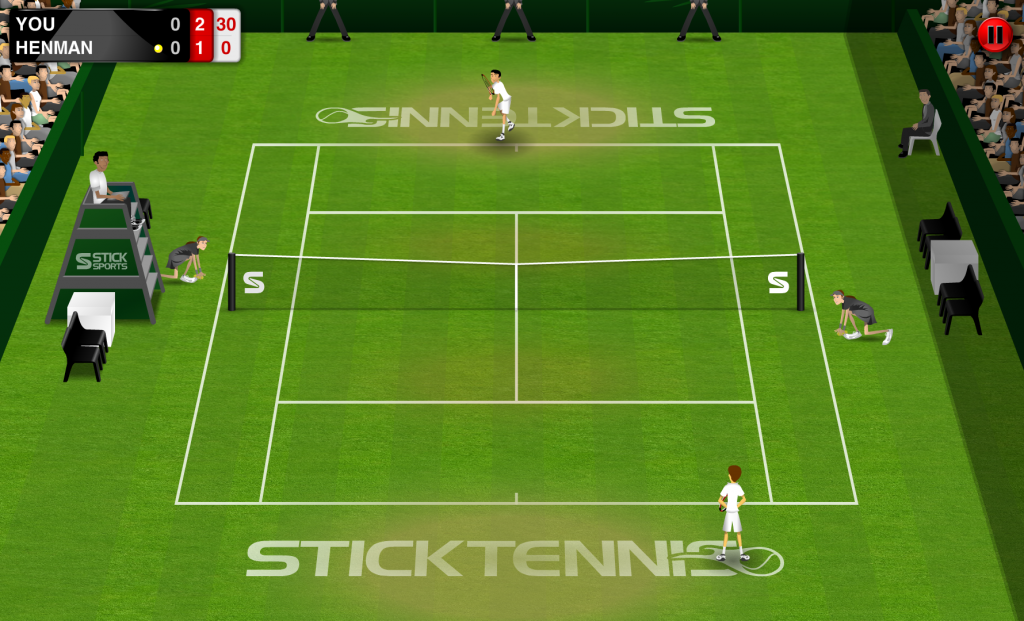 There’s even a “World Domination” challenge, where you attempt to edge past retired legends such as Tim Henman, Rod Laver, Steffi Graf, Margaret Court and Pete Sampras (we’re currently stuck on Amanda Coetzer). However, as with many free games, some of the juiciest bits of the game are locked behind a paywall, but there’s still enough to keep you entertained/flinging your phone across the room in frustration for hours.

We’re going to keep this list regularly updated, so if you’ve come across an app that, say, magically gives you Federer’s one-handed backhand, please get in touch in the comments section.