The story behind the score 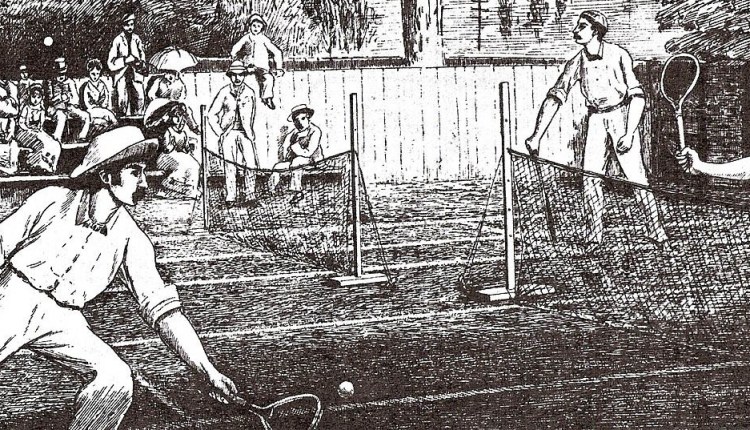 No other mainstream sport, with the possible exception of cricket, has a scoring system more deeply rooted in the past than tennis.

But where does the unique terminology come from? Who sat down and thought “I know, let’s not start at zero, naught or nil, but love”. Why isn’t it 15, 30 and then 45 as logic would dictate? And what on Earth is a deuce?

Here at Tennis Talent, we’ve tracked down a few of the, often bizarre, theories surrounding the scores most of us take for granted.

As a term that’s prompted innumerable sniggers and naff jokes over the years, love’s origins are fittingly strange. Although very much a working theory, the word is widely presumed to have come from French “real tennis”, an incredibly complicated early modern version of the modern game.

The story goes that love is an English mispronunciation of the French word “l’œuf”, meaning egg. However, don’t waste your time thinking there must be a complex philological reason for the word – it’s because a zero is round like an egg. Really.

Interestingly, to some, this is the reason a batsman can be “out for a duck” in cricket if they don’t score any runs. It’s a shortened version of “duck’s egg”. Needless to say, the modern French game avoids all of this weirdness and opts for “zero”.

We also owe the French for the name of the sport itself. In its ancient form, the server would cry “tenez” before hitting the ball (like “fore” in golf), which gradually became “tennis”.

The uneven scoring system, on the other hand, is slightly more scientific. It’s said to derive from the clocks that loomed over the Medieval French playing courts.

A game resembles a hypothetical hour with 15 and 30 representing the first two quarters (see below). So far, so sensible. However, a problem arises if you continue in 15-minute blocks – you still have two more points to win at 45. 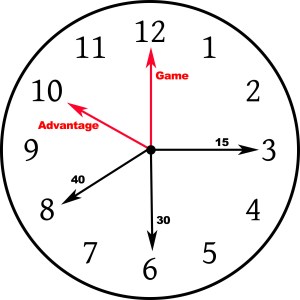 Our tennis ancestors, therefore, somewhat fudged the solution by moving on to ten-minute chunks after 30, making sure that a player had to win by two points.

There have even been sacrilegious attempts to do away with the antiquated method. For instance, James Van Alen developed the “no-advantage” system where the first player to score four points wins the game.

That brings us onto the strangest-sounding tennis call – the one with the unfortunate ulterior meaning across the pond; the one that probably still haunts the dreams of John Isner and Nicolas Mahut.

Once again, the word for when two players are stuck on 40, deuce, derives from French. But this time, eschewing poultry products, it comes from “deux”, or two. The disappointingly straightforward reason seems to be that, at 40, you require two more points to win.

For another dive into the history of the game, read Tennis Talent’s countdown of the 10 best male British players of all time