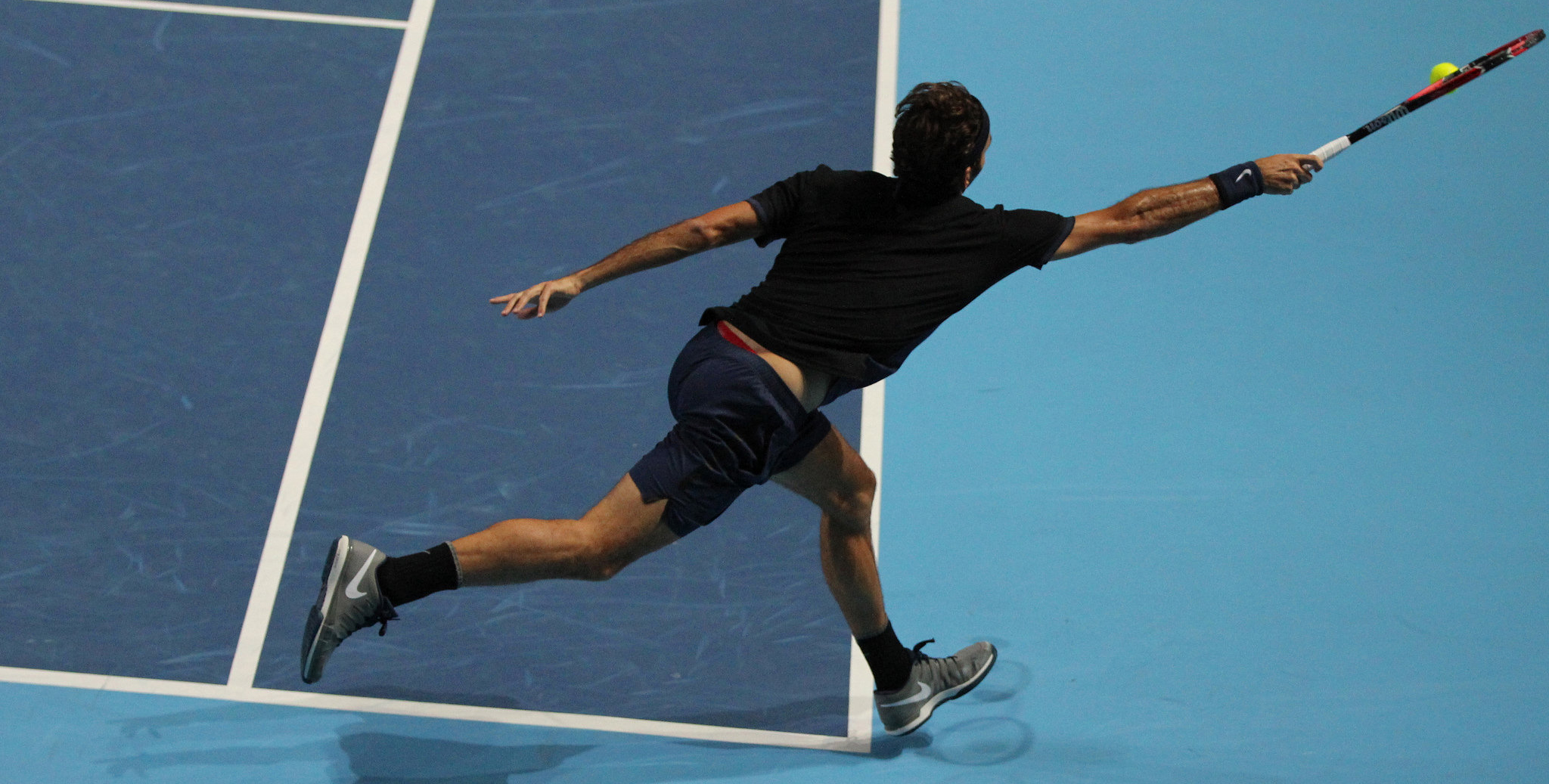 Do you frequently find the ball speeding past the end of your racket because you haven’t got into position quickly enough? Well, this incredibly simple drill can improve your ability to zoom off the mark and hit a pitch-perfect shot.

For this drill, you will need: four coloured cones, two people and a racket (optional).

To begin, put down four cones as follows, with two on the baseline and the other two in the service boxes. Make sure they’re different colours! 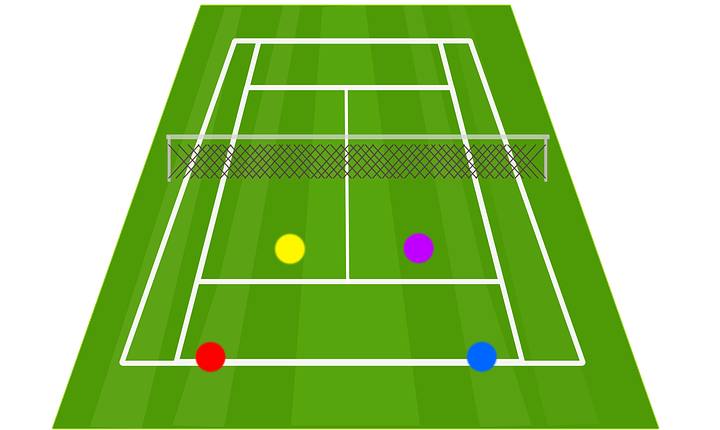 After that’s done, one person should stand on the baseline between the two cones (the black dot below), while the other watches the action off-court. 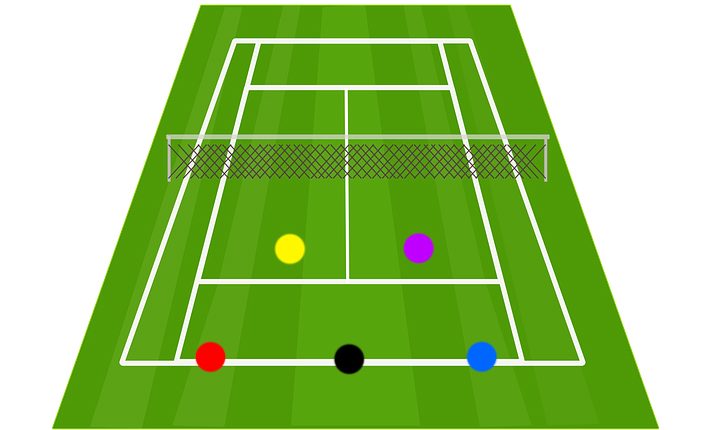 Now comes the, incredibly straightforward, drill: the off-court observer calls out a colour, with the player running to the corresponding cone, touching it and sprinting back to the starting position as quickly as possible. And that’s it – we told you it was simple.

To make the drill more complex, you can increase the rate at which the colours are called or even add an element of confusion by saying something such as “Blu…YELLOW!” to catch them off-guard. It may sound mean, but it will improve their reaction speed during a match.

You can also introduce a racket and, instead of touching the cone when you reach it, perform and ‘air’ forehand, backhand, overhead smash or volley. Just don’t forget to swap over if you’re both training!