Blast from the past: “The Battle of Surfaces” 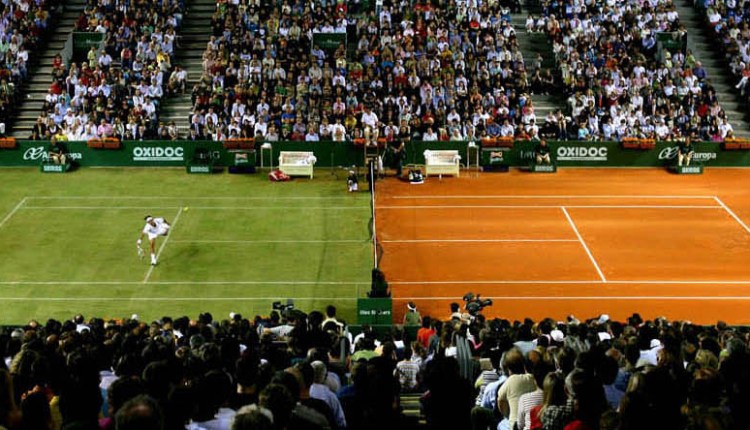 There have been many novelty tennis matches over the years, but one of the most intriguing took place in Majorca in 2007 and pitted the two best male players in the world, Rafael Nadal and Roger Federer, against each other.

The rivalry between the two was hitting fever pitch and a fierce debate raged as to who would eventually eclipse the other on their “home” surface. Federer had gone a whopping five years unbeaten on grass, while Nadal had 72 straight wins on clay under his belt.

That’s how the idea for the unique exhibition match came about: who would win if the surface wasn’t a factor? How could the playing field be truly levelled? The answer was simple: build a court that was half clay and half grass. It may sound absurd, but the Frankenstein surface would, if anything, mean that neither player could complain about an unfair advantage.

Federer was optimistic about the experiment, dubbed “The Battle of Surfaces”, before it began:

“We are both looking forward to this absolutely new event. The idea really appeals to me as we both dominate one of the surfaces. Rafa holds the record of 72 victories in series on clay and I have not been defeated on grass since 48 matches. It’ll be fun to find out what it’s like to play on a court with mixed surfaces! And it ought to be interesting to see who chooses the better tactic.”

When the day of the game came around, it didn’t fail to deliver. The crowd inside the Palma Arena were treated to a display from two players at the peak of the powers, with Nadal edging the match 7-5, 4-6, 7-6.

Here are the highlights:

The concept proved so popular that another half-and-half game will take place on 2 December between Garbiñe Muguruza and Maria Sharapova in Madrid.

Inspired to broaden your playing surface horizons? Check out our guides to playing on hard, grass and clay courts.