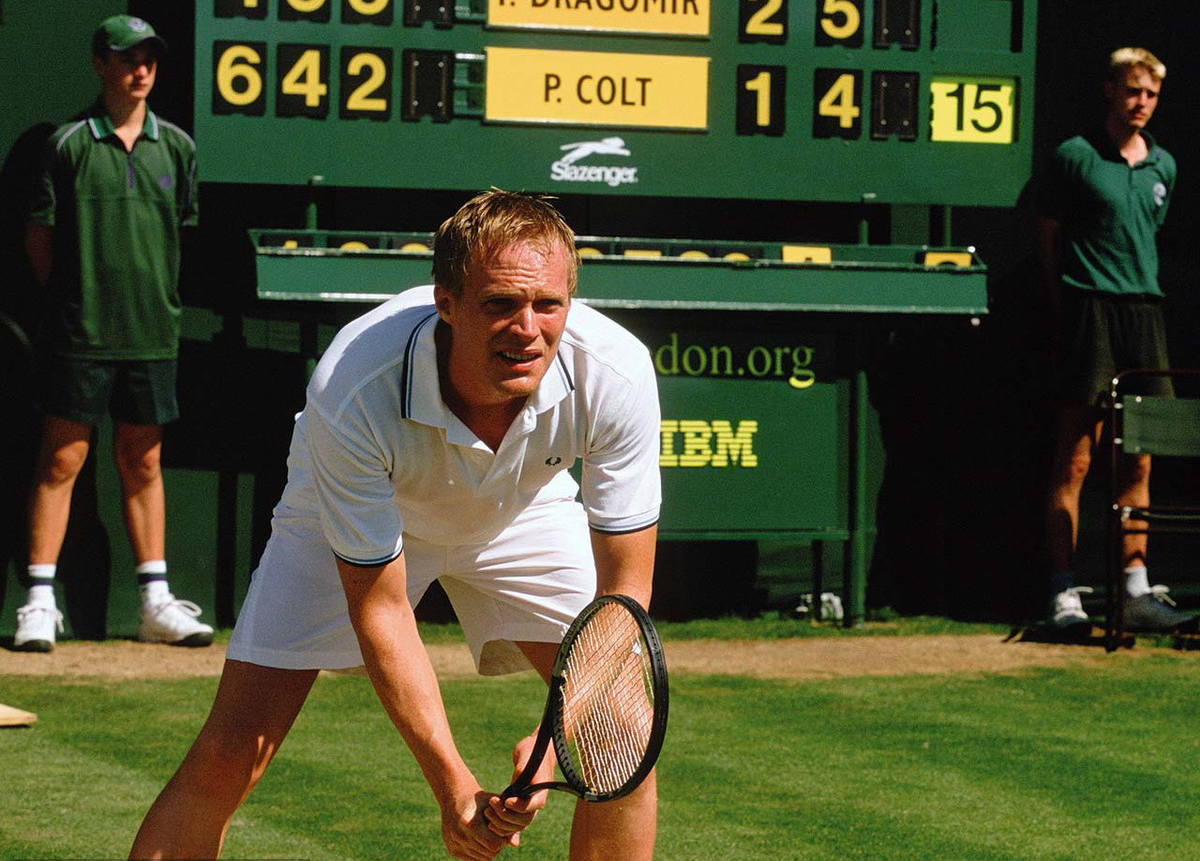 As two big-budget tennis blockbusters hit the cinema (Battle of the Sexes and Borg vs McEnroe), we’ve put together a list of the four best tennis films to grace the silver screen so far – in no particular order.

“But why only four? Surely there are more than enough decent tennis movies to fill a top ten?” I hear you splutter through your strawberries and cream.

Well, while other sports have bone fide classics such as Raging Bull, Friday Night Lights and… Caddyshack, tennis films have been variable, to say the least. They’re a strange mix of hokey dialogue, poor special effects and unconvincing romances.

Directed by British-born Ida Lupino, who was the only female producer and director working in Hollywood during the 1950s, Hard, Fast and Beautiful is centred around Florence Farley (Sally Forrest), a talented player who is torn between fulfilling the dreams of her ambitious mother Millie (played by Oscar-winner Claire Trevor) and the man she loves. Although the film is nominally about

Although the film is nominally about sport, and has one of the worst posters we’ve ever seen (see right), it’s a fascinating insight into the intrigue and social-climbing of the 1950s American middle class – and the age-old battle between child and parent. Just make sure you have tissues ready for the bitter-sweet ending…

If you like cheese, schmaltz and happy endings, Wimbledon is the film for you. It follows washed-up British player Peter Colt (played by Paul Bettany of murderous albino fame) as he has one last tilt at the Wimbledon title, while falling in love with American pro Lizzie Bradbury (Kirsten Dunst). Wimbledon is a riot of sporting and romcom clichés that will plaster a silly grin to your face for 98 minutes.

As if that wasn’t enough, there’s a cameo from real-life tennis professionals Dominic Inglot, Chris Evert and John McEnroe. However, the latter will never top this Oscar-winning performance:

It might not be everyone’s cup of Robinsons fruit squash, but 7 Days in Hell pulls no punches in lampooning every part of the tennis world. The mockumentary stars Adam Samberg and Kit Harington as two players engaged in the longest match of all time.

Aaron Williams, Samberg’s character, is the archetypal tennis bad-boy dialled up to a hundred, while Harington’s dim-witted Charles Poole aims to become the first British man to win Wimbledon since Fred Perry.

As you can tell from the trailer, the film is aiming for the shock factor (at one point, the Queen beats up Poole in a lift), which will either have you laughing or tutting uproariously. Oh, and John McEnroe makes another cameo in it.

Okay, we’ll be honest: Players is a bit of a turkey. Actually, it’s a huge turkey – more than enough to feed the whole Cratchit family at Christmas.

Starring Dean Paul Martin as an up-and-coming player ready to take Wimbledon by storm, and Ali McGraw as his jet-setting love interest, Players is a melodramatic piece full of soaring violins and big hair. It’s a film where everyone has facial expressions like this…

So why does Players make our tight-knit list? Well, it’s also a love letter to Wimbledon and features lots of real-world footage of the tournament. There’s no John McEnroe, though.