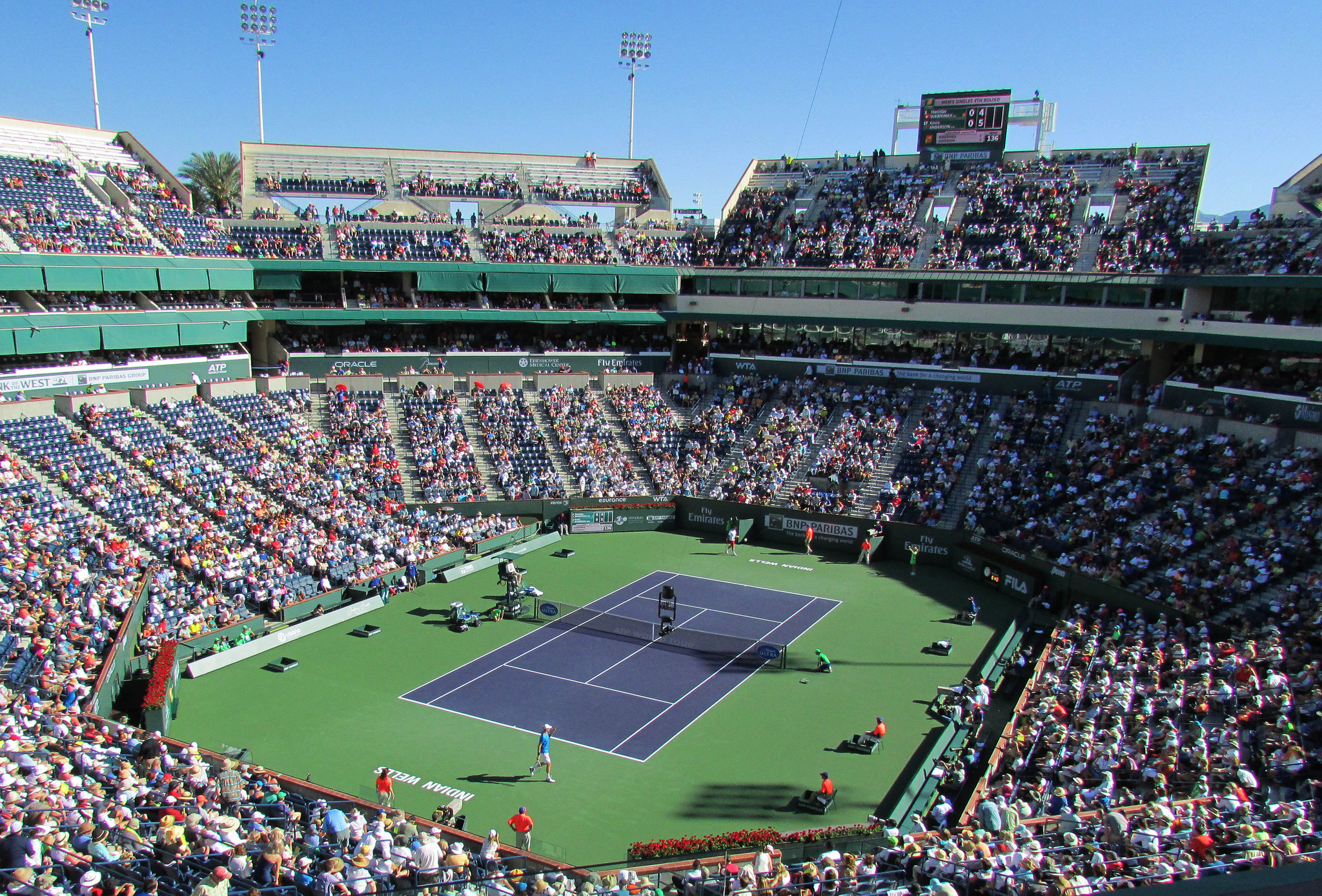 Located in the stunning Coachella Valley in California (also home to the cooler-than-thou music festival), Indian Wells is one of the most famous tennis tournaments in the world – a Grand Slam in all but name. In fact, locals even call it the “Grand Slam of the West” and it’s usually one of the most attended contents after the four majors.

However, the event has also never been far away from controversy, with constant name changes (it’s currently called the BNP Paribas Open) over the years due to sponsorship issues and a lengthy boycott by the Williams sisters damaging the contest’s reputation.

So, as the 2017 tournament kicks off in earnest tomorrow – with Andy Murray, Dan Evans, Kyle Edmund, Johanna Konta and Heather Watson all vying to become the first British winner of the competition – here’s Tennis Talent’s brief lowdown on the BNP Paribas Open.

1974, by Charlie Pasarell and Raymond Moore

Number of players in the main draws

The action takes place in the Indian Wells Tennis Garden. With a capacity of 16,100, its main stadium is the second-largest tennis ground in the world

None. However, after his win in Dubai, Andy Murray is surely the favourite to scoop the men’s trophy