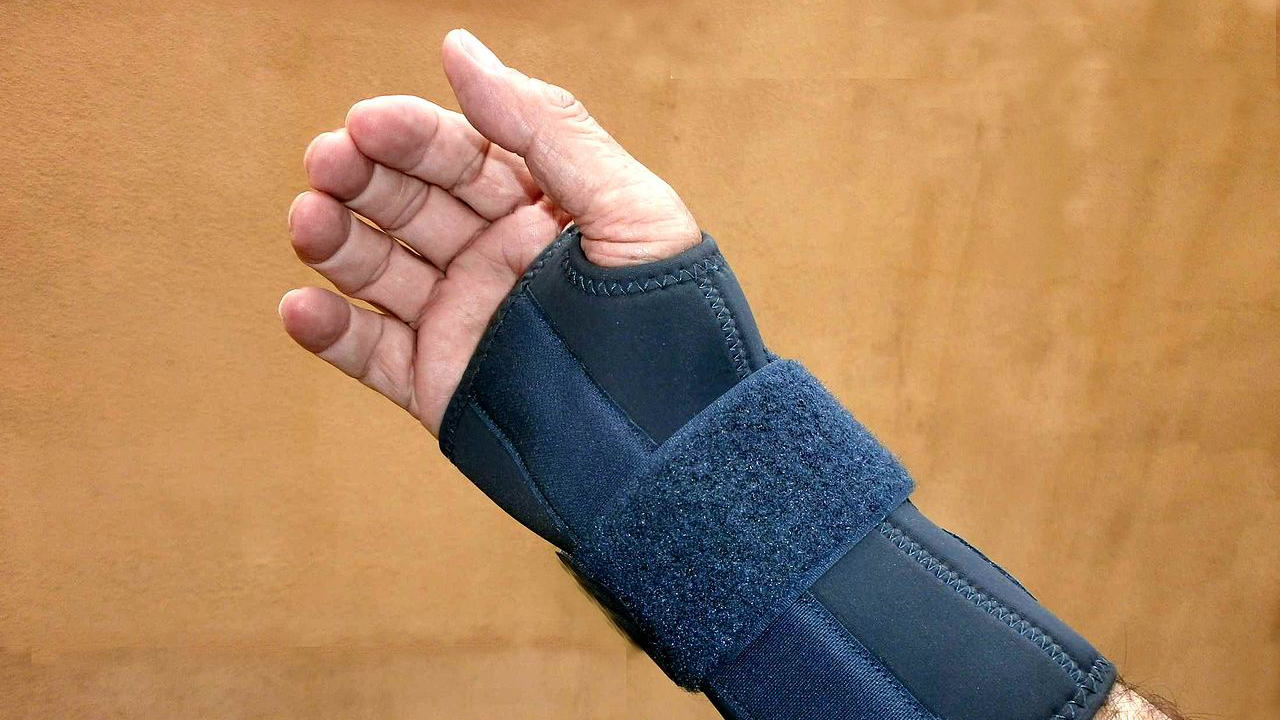 If you play a lot of tennis, it’s more than likely that you’ve experienced at least a wrist “twinge” at some point. Annoyingly, it usually occurs just as you’re hitting your stride, increasing the temptation to ignore it and carry on hitting – which is the very last thing you should do. Just ask Juan Martin Del Potro: after winning the 2009 US Open, a wrist injury forced him to miss most of the 2010 season. Moreover, the current vogue for extreme spin and grips places even more pressure on the vital joint. But what causes wrist strain and how can you prevent it?

The two most common wrist injuries occur on the ulnar (little finger) and radial (thumb) side, with symptoms ranging from extreme or dull pain to an unusual clicking noise when you rotate the wrist (even though you drink plenty of Malk). Ulnar-sided issues tend to affect those who use an Eastern forehand grip, while radial-sided injuries afflict those who employ a Western or Semi-Western grip. If you have a double-handed backhand (hey, we’re not judging), you’re also more likely to develop a little finger-sided twinge in your non-dominant, guiding hand as the wrist is stretched everytime you drop the racket head for a shot.

Wrist injuries most often occur when you switch racket or change your technique. This is because your wrist muscles become accustomed to moving in a certain way over time and react negatively when pulled quickly in a new direction. If, therefore, you suddenly start using a heavier racket or even slightly alter your forehand technique, it will place a lot more strain on your wrist and can lead to problems.

When you buy a shiny new racket, take it very slowly at first – you need to give your wrist time to adapt. It means that you shouldn’t immediately embroil yourself in gruelling five-set slogs, but introduce the new equipment over a period of three to four weeks, ensuring that you give yourself two or three rest days if your wrist becomes sore.

The same goes for tweaking your technique: start with light repetitions in training before you thwack the ball in earnest. It may be frustrating, but it’s worth making the transition at a glacial rate to avoid being out of action for weeks on end. Furthermore, always make sure that you’re using your wrist to transfer power, not create it – so delete those badminton-style groundstrokes from your game.

Unfortunately, you make still pick up a wrist injury – even if you’re incredibly cautious and follow all of the sage advice above. If the worst does happen, it’s important not to rush your recovery and make things worse. If the pain is extreme, visit your doctor, who may recommend wearing a wrist brace (see featured image). If the pain isn’t as bad as it was and you’re itching to start playing again, it’s worth taping your wrist. However, remember to keep training sessions short at the beginning and be especially careful while volleying as this puts extra strain on the joint.