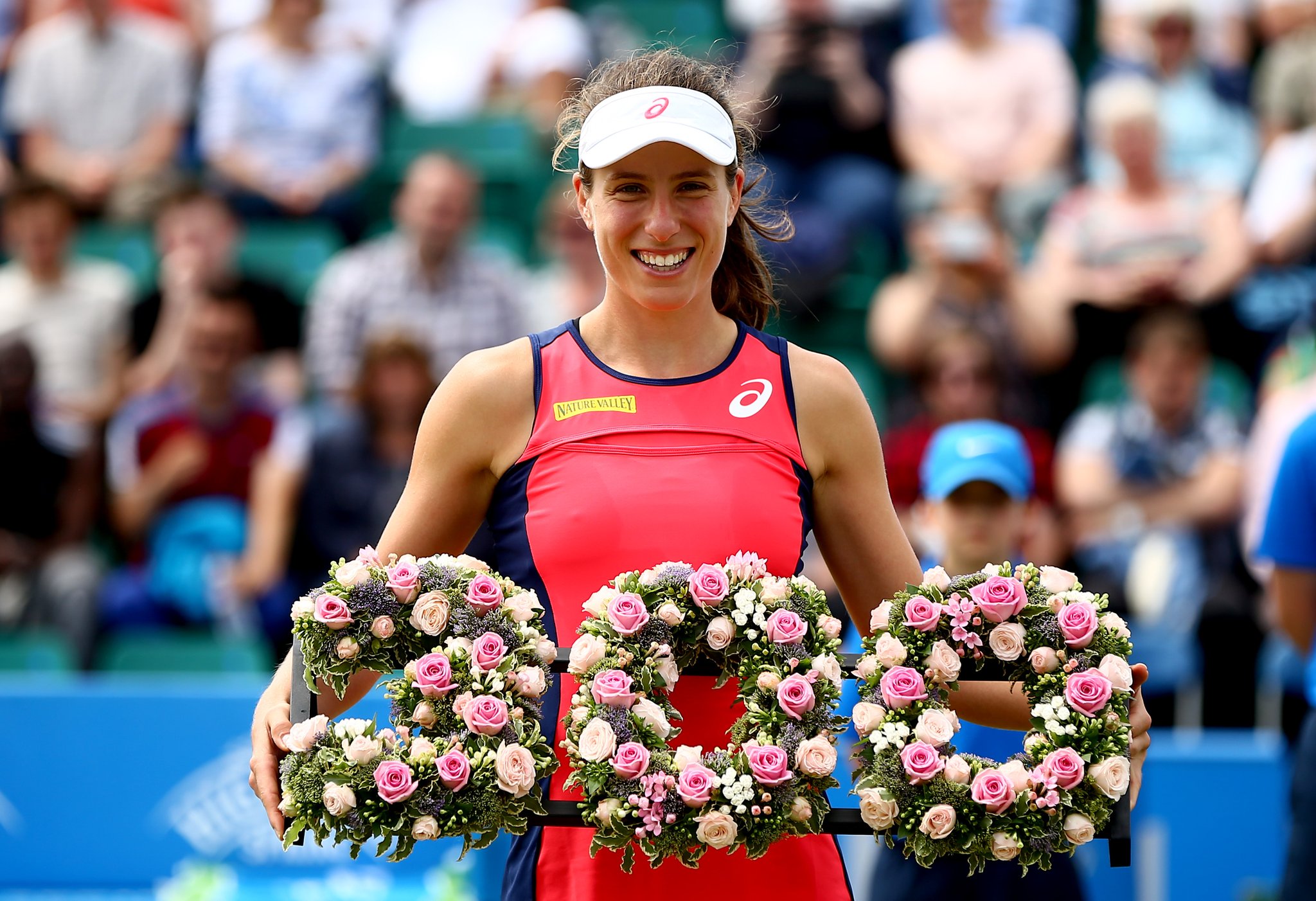 Not only is British No.1 and World No.8 Johanna Konta through the second round of the Aegon Open Nottingham, but she has also notched up her 300th win on the WTA circuit.

It’s an impressive milestone, but not one that was at the forefront of Konta’s mind as she headed into the match: “I didn’t realise [it was my 300th win] so it was actually quite a surprise. Obviously, it wasn’t under the best of circumstances but it’s a celebration of all the other victories along the way,” she explained after the tie.

Indeed, it’s a shame that the victory came after fellow Brit Tara Moore had to withdraw in the second set with the score at 6-2, 3-0. Nonetheless, it’s still a welcome boost for Konta in the run-up to Wimbledon – and was very much appreciated by the fans at Nottingham.

“I’m very lucky to get to play a home series in the lead-up to a home slam – not many players get to do that. I am very fortunate that I get to come out here, as I will in Birmingham and in Eastbourne,” she continued.

Konta will now face Belgian Yanina Wickmayer in the second round. A guide to the Aegon Open Nottingham, and the other tournaments taking place around the country this summer, can be found here.