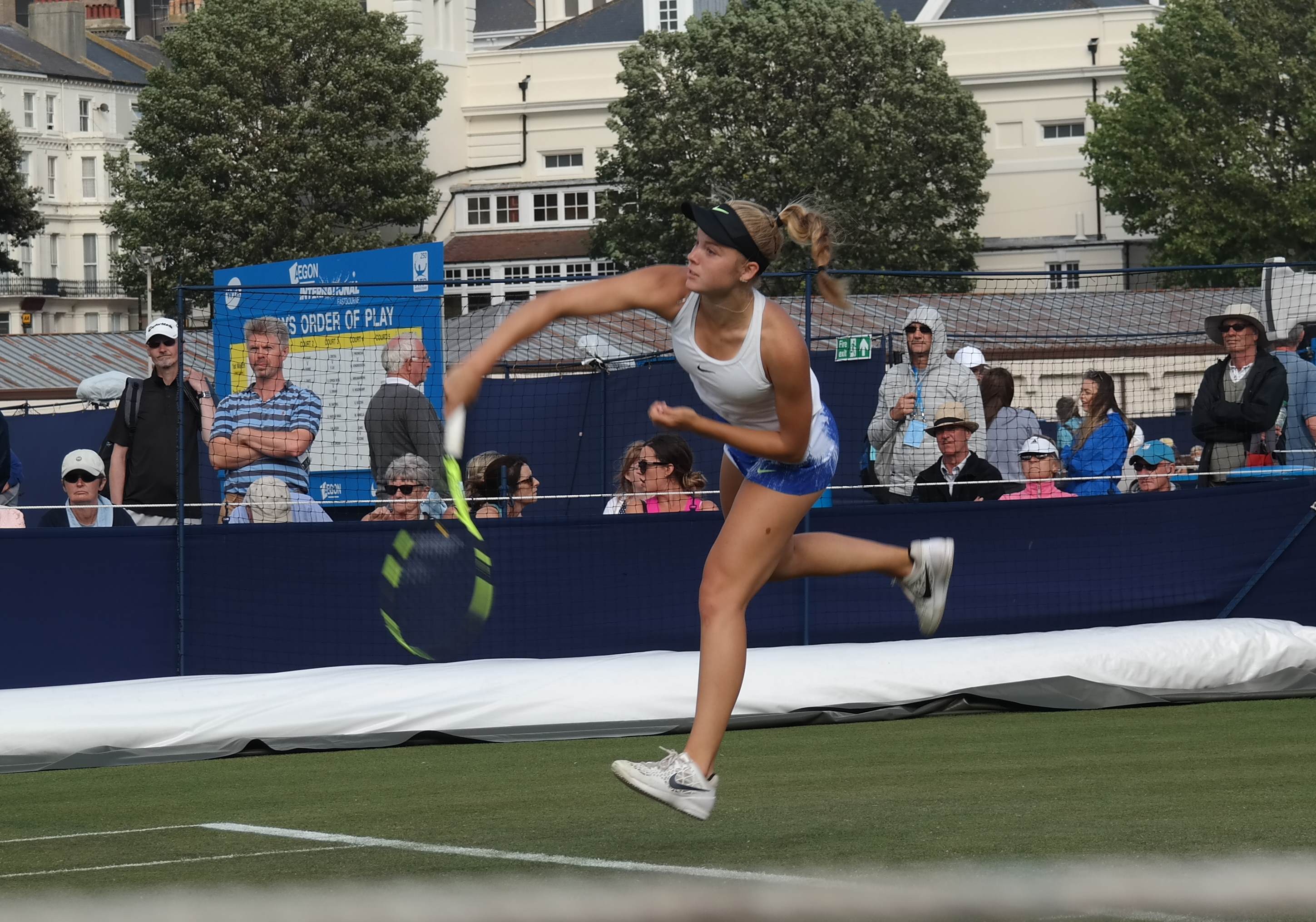 The 2017 Aegon International Eastbourne tournament takes place from Monday 26 June – with qualifiers over the weekend – and this year there are some extra reasons to pop down and watch live if you can. Did someone say Novak?

Every year Eastbourne seems to attract bigger names, with a promising young player called Novak Djokovic featuring in 2017. Oh, and Simona Halep. And Kerber. And Konta. And Monfils.

But it’s the strength in depth that appeals to me, even during the qualifiers. I’m writing this on Saturday morning, the second day of qualifiers for ladies and the first for men, and later today I’ll be watching Lauren Davis – world number 27 – play former world number 4 Francesca Schiavone.

Doesn’t grab you? How about Pospisil vs James Ward in the men’s qualifiers? Or Barthel vs Kucova? (Note the lack of Brit ladies in qualifying, with four getting knocked out yesterday.)

Then there are all the tasty players lining up in the main event. How’s this for the men: John Isner, Richard Gasquet, Gilles Muller, Sam Querrey, Mischa Zverev, Robin Haase and Nicolas Mahut. There’s even some British interest with Aljaz Bedene and Kyle Edmund both in the main draw.

The woman’s line-up is even stronger. Simona Halep, Angelique Kerber, Karolina Pliskova, Dominika Cibulkova and, of course, Jo Konta as well. If you’re a top ten female tennis player, Eastbourne is the place to be this coming week.

Get close to the action

Not all the matches can be played on the two show courts, so on Monday to Wednesday a £15 ground pass is well worth the investment. You’ll be feet away from some of the best players in the world as they whack the felt off the tennis ball.

If you’re lucky, you might also see former and current world number ones out on the practice court, which is placed right at the centre of the action.

Great value (and you can actually buy tickets)

I’m reliably told that the groundskeeper at Eastbourne has been approached by Premiership clubs, and you can see why: the surface is immaculate. And I’m not just talking about Court 1 and Centre Court: all of them are beautifully flat with a robust covering of grass. Even after a week’s use, they’ll be playing reliably, and that means better tennis.

Smaller can be better

The trouble with Wimbledon – other than getting hold of tickets in the first place – is that it’s huge. Journeying from one court to another involves fighting your way through crowds and navigating a giant complex. Eastbourne is a much smaller venue that’s ideal as a taster tournament for kids, and for adults who don’t enjoy the madding crowds of larger events.

If you can get to London, you can get to Eastbourne: the train journey takes around 80 minutes, and from there it’s a leisurely ten-minute walk to the courts.

Another great thing about Eastbourne as a location is that this is a seaside town. The coast is a five-minute walk from the courts, so you could even nip out for an ice-cream on the beach between matches. You won’t need to pay ridiculous prices for meals, either, with good-value restaurants along with respectable hotel prices.