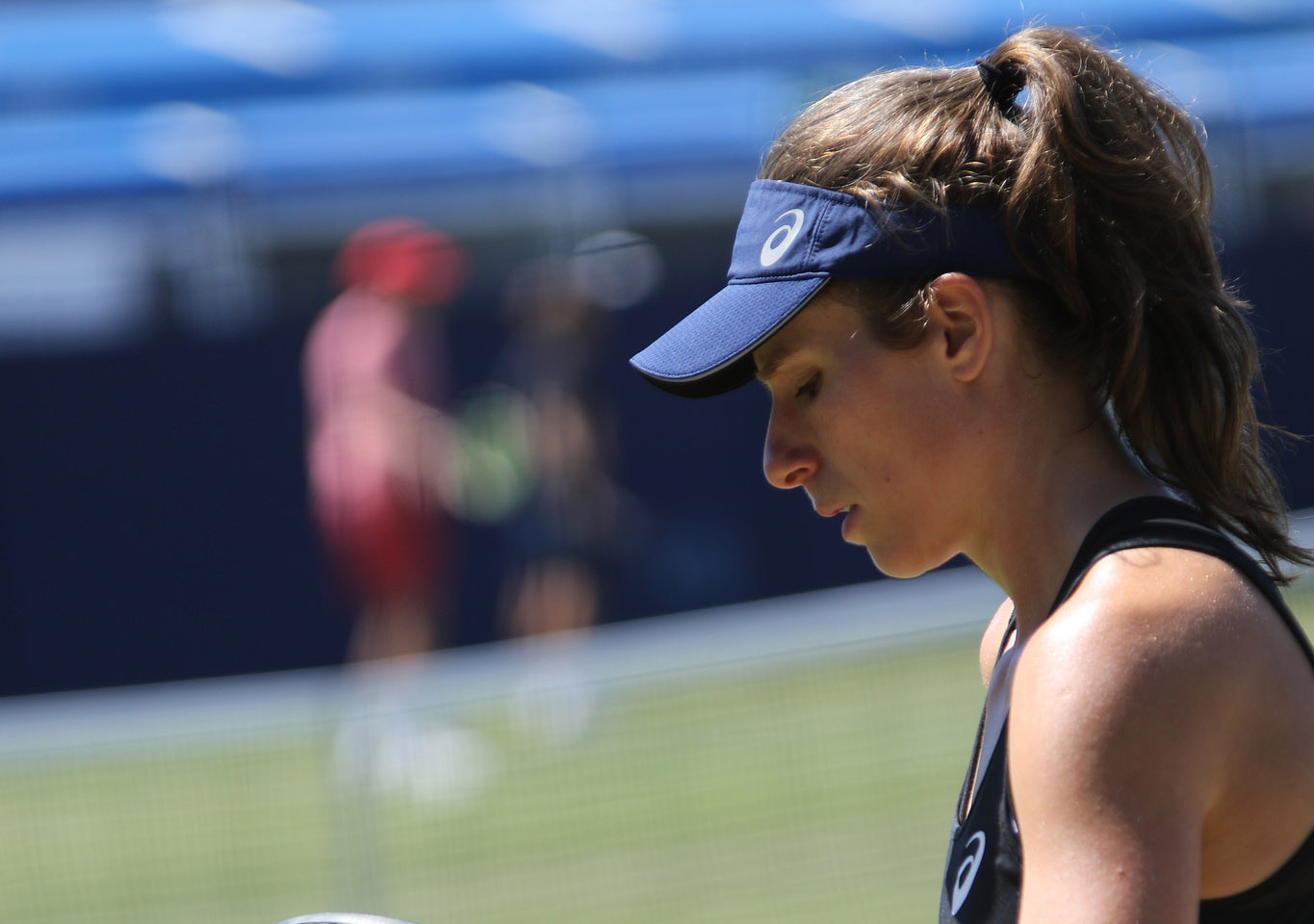 At times it was brilliant, nerve-wracking and even shocking, but British No.1 Johanna Konta has beaten both the French Open champion and the World No.1 – in one afternoon. Not bad, eh?

Yesterday started with a brutal Aegon International round-of-16 match against Latvia’s Jelena Ostapenko, the hero of Roland-Garros. Lasting a whopping two hours and 18 minutes, the clash finished 7-5 3-6 6-4 in Konta’s favour, with the Ostapenko doing all she could to fight off the Brit’s intensity.

Despite the draining marathon, Konta was bullish going into her quarterfinal against the current best of the best, Angelique Kerber. “I haven’t had the opportunity to beat Angelique Kerber yet so I will try again this afternoon,” Konta said in her post-match interview.

And that’s exactly what she did. Although Konta’s horrific fall has inevitably dominated the headlines, it was another emphatic performance by the Wimbledon hopeful. Konta beat Kerber in straight sets 6-3 6-4 to become the first British player to beat a World No.1 since Sue Barker in 1979. It was a phenomenal end to a dramatic, to say the least, day.

“I’ve got a bit of a sore head right now but we’ll see. It’s been a busy afternoon,” said Konta after the match with typical understatement. “Looking forward to playing [Karolina Plíšková]. I’ve played her many times and it’s always an incredible battle.”

Unfortunately, it has since been announced that Konta has pulled out of her semifinal against Plíšková with a back (thoracic spine) injury seemingly caused by the dreadful fall in her match against Angelique Kerber. We wish her the speediest of recoveries for Wimbledon, which begins next week.