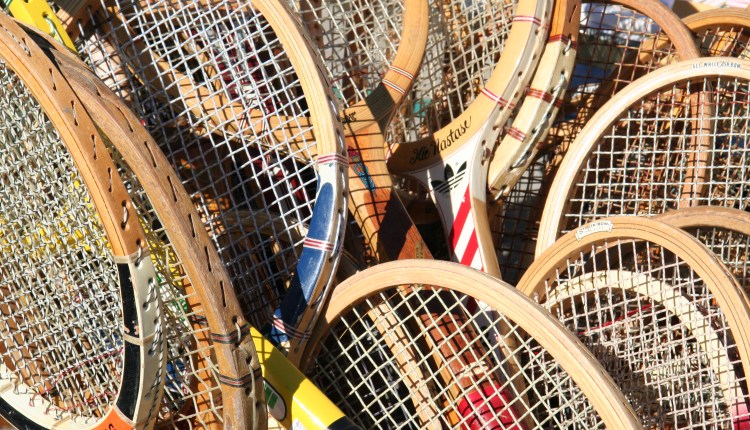 Nowadays, rackets are often seen as disposable tools: they’re replaced multiple times during matches and are flung round, snapped and smashed by frustrated players. But it wasn’t always this way. If, for example, you tried to smash a sixteenth-century racket, it would crack the floor – and possibly trigger an earthquake. 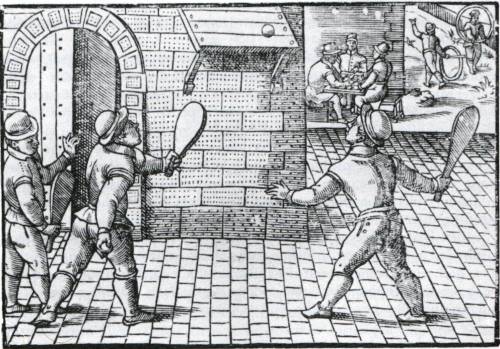 Before lawn tennis was even a twinkle in a Victorian gentleman’s eye, there was real tennis. Fittingly, it was a really complicated indoor game that involved a heavy cork ball, seemingly indecipherable court markings and serving techniques with names like “bobble” and “poop”.

Real tennis’ asymmetrical rackets were short with thick strings to cope with the heavy balls – and are still being manufactured today for use on the handful of courts left in the UK, Australia, the US and France. If you fancy channelling your inner Henry VIII, a list of real tennis courts can be found here. 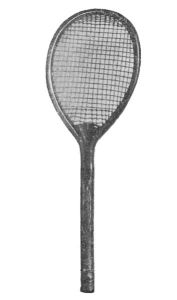 Looking like it could do some serious damage on a Medieval battlefield, this slightly lop-sided racket from 1876 is made of solid wood and (cow) gut strings. The teardrop shape of the head is characteristic of Sphairistikè, a precursor to modern lawn tennis (see image below) made popular by the inimitable Major Walter Clopton Wingfield.

Major Wingfield is now celebrated as the “Father of Lawn Tennis” and, perhaps most importantly, the first man to successfully pull off the beard-and-beret look. 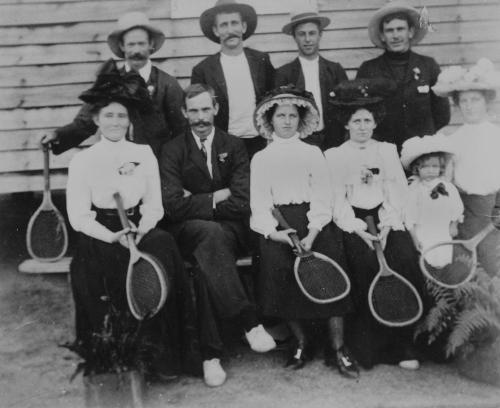 Although still tear-dropped, tennis rackets had become both larger and rounder by the turn of the twentieth century. This gave the player greater control over the ball and, hold onto your hats, even made it easier to spin.

The photograph above was taken in Australia around 1905 (the year of the first Grand Slam Down Under) and features raquetball-style rackets, impractical footwear, potted plants, demonic eyes – and a very disgruntled toddler. 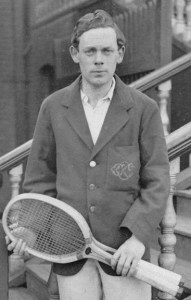 By the 1920s, rackets had evolved into the iconic, lightweight shape that would dominate the sport until the late 1970s – although they were still made from a time-honoured combination of study wood and gut. The image above is of Swedish player Carl-Erik von Braun (but you knew that already, right?) and shows another great leap forward in tennis tech: a proper grip, probably made of white leather. 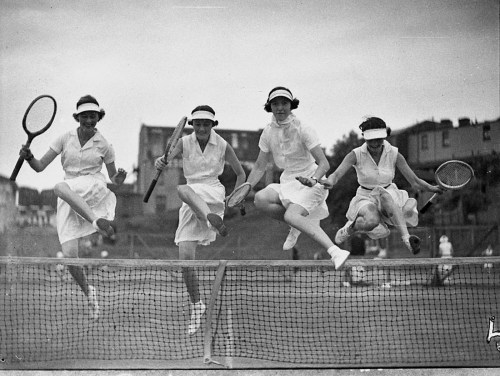 Racket design changed little during the golden era of Fred Perry in the 1930s, the immediate post-War years, the 1950s and even the early 1960s – although the type of wood and strings changed (from actual gut to more cow-friendly synthetic materials). However, as the 1970s loomed into view, a spectre appeared on the horizon…

Pedal to the metal 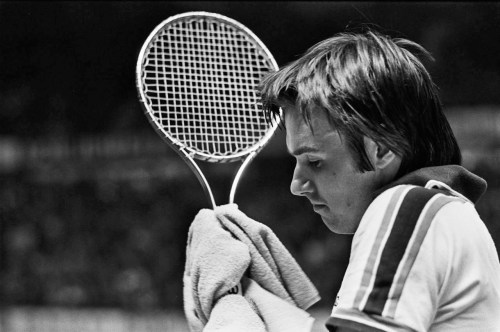 The Wilson T2000 racket, which is being lovingly polished by Jimmy Connors above, was quite literally a game-changer. Despite René Lacoste developing a blueprint for a metal racket as early as 1953, it took until 1967 for a non-wooden model to hit the mainstream. Players found that they could generate far more power using the stainless steel frame – something Mr Connors used to his benefit when he won Wimbledon in 1974.

However, as with all new technology, there were teething problems: the racket head was small, it was very heavy (imagine playing with a giant stainless steel spoon) and restringing was a laborious process. High-profile professionals such as Billie Jean King even reverted back to using wood, but the genie was out of the bottle – metal was here to stay. 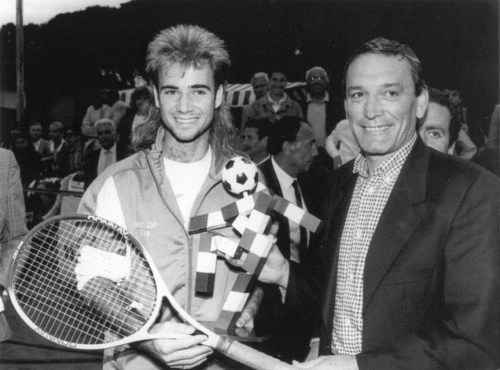 If you can tear your eyes away from Andre Agassi’s magnificent mullet, you’ll see that he’s holding what looks more or less like a modern racket. By the 1980s and 1990s, racket heads had become much larger – thus increasing the size of the “sweet spot” and the reach of the player – and used futuristic materials such as graphite, Kevlar and titanium. It certainly worked for Agassi, who picked up eight Grand Slams during his career. 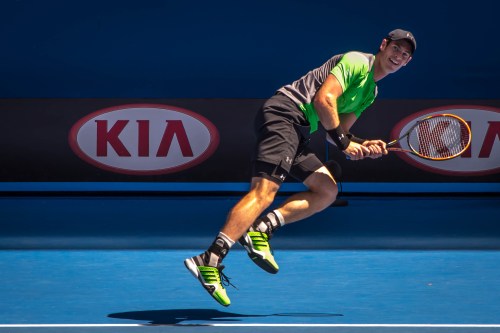 As with the wooden rackets between 1920 and 1960, the design has now stabilised and advances are mainly limited to choice of frame or string material. The selection is daunting, with the most affordable option being aluminium – an old-school metal that’s ideal for people who only play a couple of times a week. Pricier frame materials include graphite, carbon fibre and titanium, which are more suitable for serious club players.

However, choosing a racket is no longer just about aesthetics and weight – manufacturers (such as Babolat with the excellent Pure Aero Play) are now cramming sensors into the frame and grip, providing in-depth information about your performance. Things have certainly moved on since the days of Henry VIII thwacking balls at his grovelling courtiers.

Read next: How to find the best racket for you