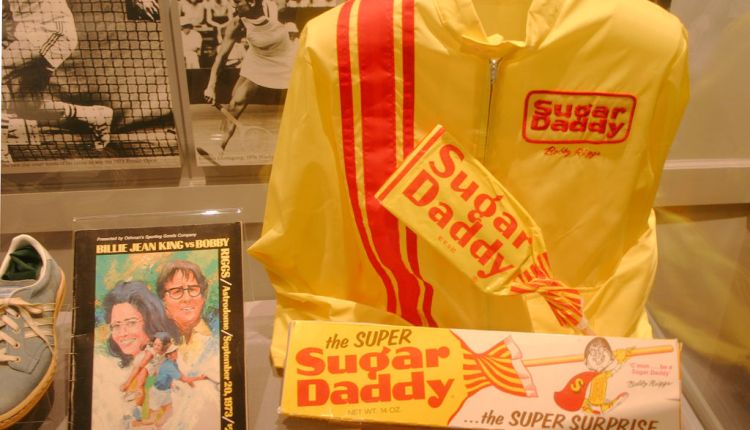 In hindsight, 1973 seems like a landmark year: it saw the UK hesitantly enter the European Economic Community (*cough*), Pink Floyd’sThe Dark Side of the Moon blow millions of teenage minds, Last of the Summer Wine blow millions of pensioners’ minds, Sunderland win the FA Cup and, most importantly, the first Pizza Hut open on UK soil. However, something even stranger was brewing across the Pond: The Battle of the Sexes.

Former tennis World No.1 and self-promoter extraordinaire Bobby Riggs was interviewed by Time magazine: “Billie Jean King is one of the all-time tennis greats, she’s one of the superstars, she’s ready for the big one,” the 55-year-old said of the then biggest name in women’s tennis. So far, so nice. “But she doesn’t stand a chance against me,” Riggs continued. “Women’s tennis is so far beneath men’s tennis, that’s what makes the contest with a 55-year-old man the greatest contest of all time.” Oh.

Billie Jean King rose to the challenge, sensing an opportunity to prove once and for all the viability of women’s tennis. What followed would go down in sporting history as “The Battle of the Sexes” – which is now the subject of a $25 million blockbuster starring Emma Stone and Steve Carell. The stakes were certainly high: “I thought it would set us back 50 years if I didn’t win that match,” King said later. “It would ruin the women’s tour and affect all women’s self-esteem.”

Riggs went into the match at the Houston Astrodome in Texas full of confidence, having previously beaten Margaret Court in two straight sets earlier in the year. 90 million people around the world tuned in to see what would happen – making it one of the most-watched events in tennis history.

And they wouldn’t be disappointed. The match was a spectacle bordering on the ludicrous:  Billie Jean King was carried onto the court on a carnival-style sedan chair supported by bare-chested men, while Bobby Riggs wore a bright yellow jacket embroidered with “Sugar Daddy” for the first few games. He was also given a “squealing piglet” by King before the match – a reference to his chauvinism.

Battle of the Sexes: The match

So what about the match itself? Despite having played a competitive match earlier in the week, Billie Jean King won in straight sets (6–4, 6–3, 6–3) – much to the horror of Riggs, who apparently hid in his hotel room for four hours after the defeat.

However, this being 1973, there were allegations that Riggs had thrown the match and betted against himself to recoup gamble debts – a theory that Riggs himself disproved by taking a public lie-detector test. Some commentators even criticised the way King had played, saying that Riggs would have won easily if he was young.

Despite the sexist bleating, the “Battle of the Sexes” was a big victory for women’s tennis. Not only did it prove that women were talented professionals in their own right, but it was also a key stepping stone to the formation of the Women’s Tennis Association (WTA).