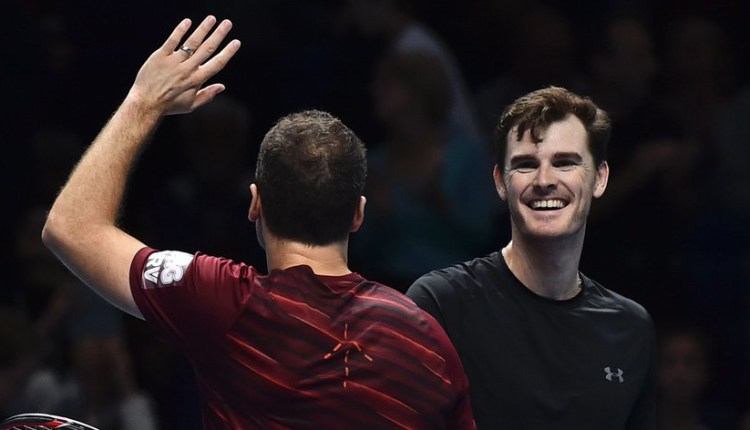 Jamie Murray and his partner Bruno Soares moved further towards finishing the year as World No.1 with a 6-3, 3-6, 10-6 win over Ivan Dodig and Marcelo Melo last night.

It’s the duo’s third win on the trot, an impressive feat that puts pressure on the current best of the best, Pierre-Hugues Herbert and Nicolas Mahut. In fact, the Frenchmen must beat Henri Kontinen and John Peers to prevent the top spot falling into Murray and Soares’ hands.

Speaking to the Guardian, Murray explained: “It’s not something I really thought about at the start of the season. I entered the year with a new partner. Of course, I was hoping it was going to go well. I really thought that it would. We got off to a great start. We were just focusing on our games, our tournaments.”

If the pair are crowned World No.1, it would be an incredible achievement both for UK tennis (with a Brit holding both the singles and doubles titles) and, of course, the Murray family.

Want to get better at tennis? Then be prepared to lose